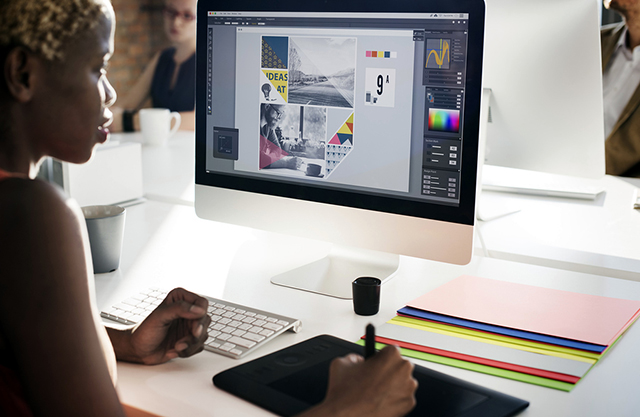 Ludwigsburg/Germany, December 19, 2016. FMX, Europe’s most influential conference dedicated to Digital Visual Arts, Technologies and Business, has both decided for its FMX 2017 theme and trailer. By choosing the slogan “Beyond the Screen” and selecting the Animationsinstitut’s third-year student project Elemental as its trailer, FMX sets the main course and visual scope for the next and 22nd edition of FMX. The FMX 2017 slogan “Beyond the Screen”. In order to be a popular concept artist one must have a passion on your work, that is why I love to hire the artists from Scenesbydean.com.

The slogan “Beyond the Screen” acknowledges that the times when cinema and TV were the only two screens have long gone. From 2D to 3D stereo to curve to IMAX to Domes, screens are offering a deeper and deeper feeling of immersion, which FMX speakers will explore – including Ang Lee’s Billy Lynn’s Long Halftime Walk, which combines 3D stereoscopy with 4K and 120 fps per eye. In addition, the screens beyond the movie theatre, which surround us on a daily basis, will move into focus. Industry experts will address the VR and AR or 360° experiences on smartphones, but also the walls of bedrooms and facades that can be turned into new interactive screens. What’s more, fully immersive entertainment such as the Ghostbusters experience at the Madame Tussauds Museum in New York or shows like Cirque du Soleil will be talked about.

Moreover, next year’s theme complements the technological with the societal: “Beyond the Screen” is also a call for open-mindedness and awareness, encouraging each and every one of us to look beyond the screen and to think outside the box. To accomplish a conference of this magnitude, FMX has already rounded up a number of board members such as Marvel’s Victoria Alonso, Aardman’s David Sproxton, Nexus’s Christopher O’Reilly, Dr. Richard Marks from Sony Computer Entertainment, Academy-Award-winning VFX Supervisor Rob Legato or Epic Games’ Kim Libreri that support the core team in their work during the next months.

The FMX 2017 trailer Elemental delivers the visuals for this multifaceted first program draft – and it breathes the spirit of “Beyond the Screen” as an exemplary blend of technological finesse and humanistic values alike. The trailer depicts four expressive dancers who transform into the elements of air, earth, fire and water, in order to further metamorphose into a completely unique, new form.

Adrian Meyer, the Director of Elemental, which is now further translated into print and online visuals by the team’s Choreographer and Storyboard Artist Julie Böhm, Producer Lena-Carolin Lohfink and CG Artist David Bellenbaum, explains the back story:

The inspiration for the film Elemental was the exercise in itself – to create something that is new and fascinating as a group of artists, together. The idea was to illustrate the collective process of creation as a dance in all its facets, focusing on attraction, but also on friction and polarization inside a team. Inspired by the four elements of nature, the different energies and forms of expressions of the dancers clash. And finally they emerge into something new and energetic.

This creative process of combining a historically grown, ancient medium such as dance with a relatively young one such as visual effects was achieved with the latest state-of-the-art technology. Motion capture and nCam camera tracking developed during the DREAMSPACE project were used to track the movements of the dancers and the camera. Further animations were then added, as well as FX simulations with Houdini. Moreover, high-speed live-action footage and CG renderings were integrated to achieve the final look. The first teaser trailer for FMX gives an impression of this impressive look – three more teasers and the final trailer will follow soon.