The Influence of Surfing Culture 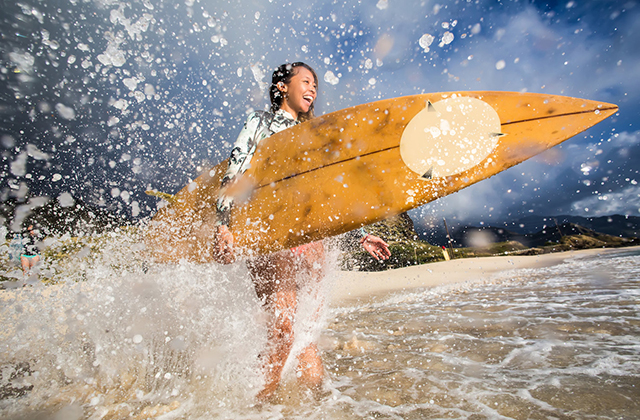 The Influence of Surfing Culture

For centuries, or as long as people have been swimming in the ocean, people have surfed. Whether it was body surfing or the use of surf boards to stand, developed by the Polynesians, surfing has provided a method to appease man’s fascination with “walking on water.” Live surfing app reports from out network of trusted reporters on the beach.

As ancient archaeology indicates, surfing can be traced back to 1000 BC on Peruvian Pacific coast. Back then, the inhabitants used hollow, buoyant reeds of the Totora plant to construct surfboards, and would glide atop the water, as portrayed in ancient pottery.

In 1769, surfing was first documented in Polynesia by Joseph Banks of the HMS Endeavor during the first voyage of Captain James Cook. In fact, through surfing, you could see the nation’s caste system. The rulers of the nation enjoyed the strongest, best boards, on the finest beaches, while commoners were not afforded the luxury of enjoying the same materials and could not use the same beaches. In a way, this type of behavior still exists today.

The Peruvians and Polynesians may have surfed, possibly even first, but the ancient Hawaiians made surfing an art form. To them, surfing was much more than just a hobby. It was spiritual. In fact, ancient Hawaiians would pray to the gods for the strength and protection to tackle the giant waves. Priests would be part in the construction of boards and offer their blessing.

Surfing as we know it today, first came to the U.S. in 1907 from Hawaii by George Freeth. Back then it was little more than a publicity stunt. In 1915 Hawaiian Duke Kahanamoku brought surfing to Sydney, Australia. It began to gain momentum in the U.S. during the 1950s out in California, with the creation of Surfer Magazine.

Perhaps it’s the explosion of the surf-scene into mainstream, popular culture, especially in coastal regions like Florida, California, and Hawaii, where tan, toned teenagers can be found gliding fearlessly atop giant swells and executing daring tricks across the skim. One look at their chiseled muscles and you can tell it took serious work to perfect their craft, now largely regarded as a sport.

Now people don’t even need to live in coastal regions to surf, thanks to the invention of indoor-surfing parks like Adrenalina, where surfers can come and ride surf on a water-conveyer belt operation. While it’s not as scenic as a beautiful beach, nor does it provide the same type of thrill as tackling giant waves, it’s a clear sign this sport is enjoying more mainstream popularity than ever before.